Patrick and Amber Nolan both were involved in sports throughout their school years. Pat joined his college rugby team and Amber attended college on a volleyball scholarship. The couple points to the lifelong lessons they learned through sports and attribute a portion of their current success to their past athletic experience. Financial freedom has granted Patrick and Amber Nolan many luxuries that they wouldn’t have otherwise been able to enjoy. To start, they were able to quit their 9-5 jobs. Many of us couldn’t imagine walking into work as a twenty-something and informing our bosses of our retirement, but Patrick and Amber did just that…. Raised in a Christian home, Amber recalls seeing her father wake up and read the Bible every morning (and he still maintains this habit today). After Amber’s sister experienced a traumatic bullying incident at their public middle school, the girls’ parents decided to transfer them to a small private Christian school. Their lives…. Patrick Nolan was raised in Northern Virginia, only thirty five minutes outside of Washington, D.C. He enjoyed a happy childhood and holds fond memories of his early days growing up. While he didn’t particularly enjoy school or dwell on its importance, he did enough to get by. His true joy was found in sports. Patrick was an energetic child and sports provided the perfect outlet. Inspired by his father, who was also an athlete, Pat started out with tee ball at just five years old. Tee ball transitioned into baseball, which gave him a platform to perform, compete and hone his talent. The skills that Patrick learned through sports would later become a segway to his success in the business world as a thriving entrepreneur.

Amber Nolan grew up in a small neighborhood named Chuckatuck, which lies within the city of Suffolk, Virginia. Because her hometown was so small, many of the residents created opportunity by starting their own small businesses. Consequently, the entrepreneurial spirit trickled down and found its way to Amber when she was still a young girl. Instead of spending all her free time playing and partaking in typical elementary pastimes, she started and managed a few businesses of her own. She was known for her lemonade stands and yard sales that created extra income and sharpened her marketing skills. Her parents also did their part in teaching Amber the value of hard work and taking initiative in working for what you want. In addition to being famous for her budding business acumen, she was also well known for being a social butterfly. Even back then, she realized that having a winning personality created greater opportunity and interpersonal connections held real life value. As she got older, her outgoing demeanor led to many job offers. Little did Amber know, her early days of entrepreneurship, strong social skills and dedication to hard work would come full circle to help her in her journey to financial freedom as an adult.

Patrick and Amber met in college through mutual friends. They began dating in January of 2013 and were engaged a year later. The pair was married in a beautiful ceremony on May 3rd, 2014. Throughout Patrick and Amber’s dating and engagement, they were simultaneously working on building their business. For most, trying to balance a new romance and marriage with a growing business would be difficult, to say the least. But the couple’s main goal was always to build the business first, without allowing distraction to divert their attention. That kind of dedication is what started them on the right path to financial freedom.

Patrick started the process of chasing his entrepreneurial dreams in 2012, the year before he started dating Amber. However, once their relationship began, so did their business partnership. They’ve been working toward their mutual goal ever since.

Currently, the Nolans are living out their dreams. After finding success with their joint business, they both were able to quit their former jobs. Amber was 25 when she left, and Pat was 29. They are best friends, young millenials and partners in business and life who are excited about being different. They look forward to creating new goals and preparing for future children.

Fear can be a crippling emotion that leaves you feeling frozen and out of control. When we experience fear, our bodies kick into gear, preparing to fight or flee. This can cause a racing heart, cold sweats, and tunnel vision, among a variety of other unpleasant...

END_OF_DOCUMENT_TOKEN_TO_BE_REPLACED 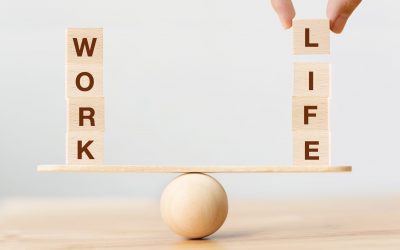 Hustle culture, the idea that you can create a better future by being constantly tuned in, is something that is running rampant in society today. With ample ways to generate a passive income, endless information available to you within a few clicks online, and the...

END_OF_DOCUMENT_TOKEN_TO_BE_REPLACED 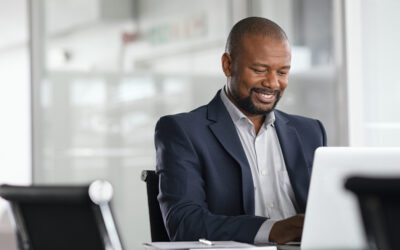 Throughout your career, you will collect a host of information, resources, and lessons that will go on to shape your leadership style. Above all, you’ll have to wade through the diverse approaches on morality, etiquette and best practices that set excellent leaders...